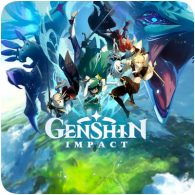 MiHoYo announced that Genshin Impact will arrive on PS5 later this month, alongside update v1.5 for the game. The newest update, titled “Beneath the Light of Jadeite”, brings new characters, boss monsters, and gives players the ability to build a home in a personal realm.

Two new playable characters, Eula and Yanfei, will also be added to the game. Five-star character, Eula, is the Spindrift Knight and Captain of the Knights of Favonius Reconnaissance Company. Wielding a claymore and the power of Cryo, she can deal AoE damage and increase her resistance to interruption with her Elemental Skill and Elemental Burst. Meanwhile, Yanfei is a four-star Pyro-using catalyst wielder. Born in Liyue during peacetime, Yanfei is a young half-human, half-illuminated-beast who dedicates her life to studying, interpreting, and advising her clients on Liyue’s laws.

With v1.5, the Traveler will finally find a home away from home in Teyvat in the form of their very own personal realm, accessible with a brand-new item, the Serenitea Pot. Created by Liyue’s adepti, inside this special teapot is a realm where players can build and decorate their own home. Different house and realm styles will be available, each with plenty of space for outdoor recreation and indoor luxury.

A number of gameplay improvements will also be introduced, including halving the cost of claiming the first three Trounce Domain rewards per week and doubling the amount of Companionship EXP earned in Co-Op Mode.

The PS5 release of the game comes with support for 4K resolution, enhanced textures, and faster loading times. Genshin Impact is free to play on PS4 and PS5. The PS5 version along with the v1.5 update will be available on 28th April 2021.