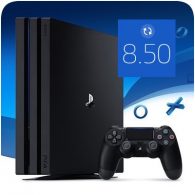 PS4 Firmware 8.50 has left the open beta phase and has been released to the public, marking the end of Communities on the console. The update is available to download now, and includes a number of privacy improvements and other features, including Share Play with PS5 owners.

In line with the major PS5 update also released today, PS4 players can now Share Play with PS5 owners, allowing players to view PS5 games and also take part using their PS4. You can check out the release notes for the update below.