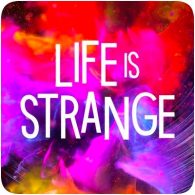 A new Life is Strange game has been announced by Square Enix and developer Deck Nine, this time as a full blown game. The new title in the series, Life is Strange: True Colors, is dropping the episodic format and will instead be a complete game, releasing in September 2021.

Life Is Strange: True Colors features a whole new cast of characters and a new super power. Alex Chen (Erica Mori) is the main protagonist, a character who has weathered growing up in the foster system, who is invited by her brother to start over in the idyllic town of Haven Springs.

However, her brother Alex dies in a tragic accident and this helps to reveal her super power: empathy. This allows her to feel other people’s emotions, whether that’s just to know what they’re feeling, or to understanding why they feel that. However, there’s a danger. These emotions can well up and overpower Alex, forcing her to act out of character.

The game is in development at Deck Nine, the same studio who created Life Is Strange: Before the Storm, which was the prequel to the original Life Is Strange by Dontnod Entertainment. The game will be released on PS4, PS5, Xbox One, Xbox Series X|S, PC and Stadia, and will be releasing on 10th September 2021.