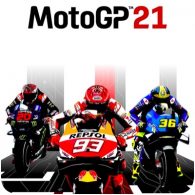 MotoGP 21 has been announced for the PS4 and PS5, among other platforms. MotoGP 21 promises to make the racing more realistic than before, while supporting dynamic resolution up to 4K, up to 60fps frame rate, and more online racers.

The game will be releasing on major platforms, PlayStation 5 and Xbox Series X|S, as well as the usual PlayStation 4, Xbox One, Nintendo Switch and PC versions. The game will will launch on 22nd April 2021. On next-gen consoles, the game will also benefit from faster loading times, DualSense haptic feedback and adaptive triggers.

The game will build on the existing features of the series, while adding new elements and mechanics. If you crash or fall you will no longer automatically respawn, but will have to run back to your bike and get on, just like in real life. The game also introduces lap penalties if you cut corners.