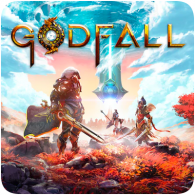 PS5 launch title Godfall has received a massive update, adding new content to the game as well as fixing a number of bugs and issues with the game. The update is free to download, and includes more challenging content for endgame players and introduces a new loot category called Primal Items.

Below you can find a summary of the key features included in the update, and further down you can find the Release Notes for the patch that details the many bug and issue fixes.

Updates with a sword (⚔️) are based on player feedback collected from various communities and through support tickets.