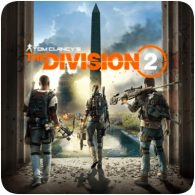 The Division 2’s next-gen upgrade will be releasing on 2nd February 2021, as part of Title Update 12.1. The update will add support for 4K resolution at 60fps on the PS5 and Xbox Series X, as well as the Resident Evil crossover content.

Detailed patch notes will be released next week, ahead of the release of the update. In the meantime, read on for more information about the Division 2 crossover event with Resident Evil, to celebrate 25th Anniversary of Resident Evil.

The Division 2 X Resident Evil event will run until 15th February, and will largely feature cosmetic items instead of gameplay events, including iconic Resident Evil outfits, weapon skins and more. You will unlock the Leon Kennedy RPG outfit just by logging in.

The news was posted in a tweet by Ubisoft Community Developer Johan: