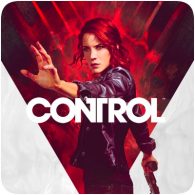 Control Ultimate Edition will be coming to the PS5 and Xbox Series X|S in February 2021, Remedy has confirmed. The game will include Performance and Graphics modes on the new consoles, allowing gamers to choose between 60 FPS or ray-tracing.

The digital edition of the game will be available from 2nd February 2021 but the physical version will come a month later on 2nd March 2021. The Ultimate Edition includes the base game and all the DLC content from the two expansions.

You can see a trailer of the next-gen version below:

Control Ultimate Edition is already available on PS4, Xbox One, and PC, and those that own it on PS4 and Xbox One can upgrade to the next-gen version at no extra cost.