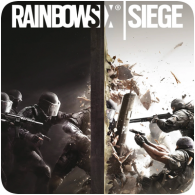 The next-gen upgrades for Tom Clancy’s Rainbow Six Siege are now available to download for the PS5 and Xbox Series X|S. In addition, the new season Year 5 Season 4 “Neon Dawn” has kicked off with new content including a new Operator and Gadget.

The next-gen upgrade for Rainbow Six Siege is available for free to anyone who owns the game on the PS4 or Xbox One. The next-gen versions of the game have been enhanced with the following:

The new season has kicked-off in the game too, running until 22nd February 2021. The main features of the new season is the introduction of Aruni, the game’s first Thai Operator, who brings with her a new gadget: the Surya Gate.

The Year 5 Season 4 changes include: