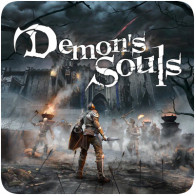 Demon’s Souls on the PS5 has received a minor patch, updating the game to version v1.003. The update was released a couple of days ago to address stability issues in the game. Further fixes are also on the way to address bugs and glitches in the game.

Developers Bluepoint Games haven’t released detailed patch notes on the latest update, but a tweet from the team confirms the main purpose of the update:

Earlier today we released a patch fixing a few stability issues. We are listening to the community and continuing to work on fixes such as the gold coin glitch and other improvements.

Thank you for all of the love and support as we make #DemonsSoulsPS5 an even better experience.

The update is around 277 MB in size, so is a quick one to download and install. On the PS5, Sony hasn’t included the ability to view release notes for updates, like the PS4, so we’re currently in the dark about most updates unless official details are released.