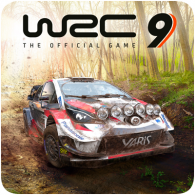 Publisher Nacon has revealed that WRC 9: World Rally Championship will be a PS5 launch title, releasing alongside the PS5 next month, depending on your region. Those that on the game on PS4 will also be able to get free upgrade to the PS5 version.

WRC 9 will support dynamic 4K resolution, targeting 60fps on the PS5, and a new trailer has been released to showcase the PS5 version. The game will also make use of other PS5 features including haptic feedback and adaptive triggers.

It remains unclear how progression will carry over to the PS5 version, if at all. Also, the game will also be releasing on the Xbox Series X|S, but at a later date.