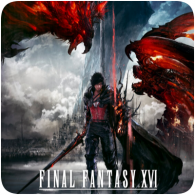 The next big announcement for Final Fantasy XVI will be in 2021. In the meantime, find out more about the game below and check out the official website.

Final Fantasy XVI’s adventure takes place in a land called Valisthea, which is studded with colossal mountains of glittering crystal called Mothercrystals. These Mothercrystals have towered over the realms around them for generations, blessing them with aether.

Countless wars have been fought over the Mothercrystals all around the land, leading to the rise of nations such as the Grand Duchy of Rosaria, the Holy Empire of Sanbreque, the Kingdom of Waloed, the Dhalmekian Republic, and the Iron Kingdom, each with their own culture and ideology.

The main protagonist is Clive Rosfield, the firstborn son of the Archduke of Rosaria. He is a Shield who protects his younger brother, the Dominant of the Phoenix. Clive is blessed with the ability to wield a part of Phoenix’s fire.

Joshua Rosfield is Clive’s younger brother and also the Dominant of the Phoenix – Eikon of Fire. Dominants are special beings who have the power of an Eikon residing within them. As a Dominant, Joshua transforms into the Phoenix and fights to protect his nation.

Finally, there is Jill Warrick. At an early age, Jill was taken from her homeland in the Northern Territories—a nation that swore loyalty to the Grand Duchy of Rosaria—to become a ward of the duchy, securing peace between the two realms. She spends her childhood years with Clive and Joshua as a member of the Rosfield household.

The Eikons and the Dominants

For those familiar with the Final Fantasy series, you may know Eikons as “Summons”, and they are without a doubt the most destructive and lethal creatures in Valisthea. Wielding powers that can level nations, Eikons reside within special beings called Dominants. How Dominants are treated depends on the realm—in some they are revered as royalty, while in others they are sent to the frontlines as weapons of war.

In the “Awakening” trailer, Eikons such as the Phoenix, Titan, Shiva, and Ifrit make an appearance. But there are a lot more Eikons features in the game, to be revealed at a later date.