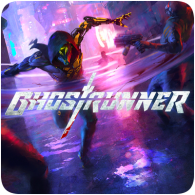 Ghostrunner releases on the PS4 tomorrow, Tuesday, 27th October 2020, but won’t see a release on next-gen consoles until 2021. 505 Games and All In! Games have announced that those that purchase the PS4 or Xbox One versions of the game will get free upgrades to the next-gen version.

The next-gen version has been given a 2021 launch window, but there no exact date as of yet. The news was tweeted by the Ghostrunner twitter account last week:

Ghostrunner is a first-person slasher, set in a grim, cyberpunk megastructure. After a world-ending cataclysm, you need to make you way to the top of Dharma Tower, humanity’s last shelter, and take down the tyrannical Keymaster, who has been ruling with an iron fist with little regard for human life.

The game is digital-only, so there is no physical release. PlayStation Plus subscribers can get 20% off on the game at the moment, and the usual price is £24.99.