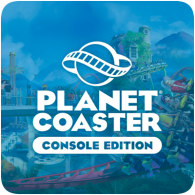 British developer Frontier has confirmed that Planet Coaster: Console Edition will launch alongside the next-gen consoles next month, making it a launch title for both the PS4 and Xbox Series X | S consoles.

Those that purchase the game on PS4 or Xbox One will be able to upgrade to the next-gen version (within the same console family) for free, though your progress on the PS4 won’t carry over to the PS5 version.