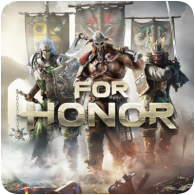 Ubisoft has confirmed that For Honor will be making the leap to next-gen, with graphical enhancements available when the respective consoles launch next month. In addition, players will be able to transition to the net-gen version, taking all progress, purchases and inventory with them.

The game will also be updated to run at 60fps in the December update, when the next Season starts.