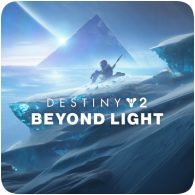 Destiny is set to get its next major expansion in November, adding the new world of Europa (among other changes) to the game. Bungie has released a new trailer showing what the new frozen world has to offer when it releases on 10th November 2020.

In addition to adding in Europa to the game, a number of areas will be retired to the Destiny Content Vault (DCV) in November. The next expansion is called “Beyond Light”, which has a dark history for players to uncover.

Bungie has also confirmed that Destiny 2 will also be heading to the PS5 and Xbox Series X, and will include 4K and 60fps support on the next-gen consoles. Your existing content will also transfer over, including progress so you don’t have to do start again.