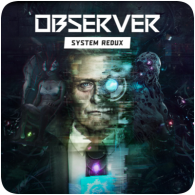 Observer: System Redux has been confirmed as a launch title for the PS5 and Xbox Series X|S, launching in November 2020 when the respective consoles launch. However, the game won’t have a next-gen upgrade path for existing owners.

The sci-fi horror title will launch on Xbox Series X | S on 10th November, followed by 12th November on PS5, with a RRP of $29.99 / €29.99. The next-gen version of the game will include improvements including ray-tracing, HDR lighting, and new 4K textures.

The game will also include completely new character models and animations, special effects such as snow, fog, and rain, and new story content and gameplay enhancements.