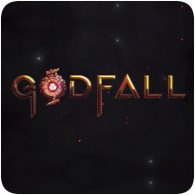 A tweet from Counterplay Games has confirmed that Godfall has gone gold on the PS5, securing its place as a launch title. This means that Godfall will be available alongside the PS5 when it launches on 12th November in North America and select territories, followed by Rest of the World on 19th November.

The game is already available to pre-order on PC via the Epic Games Store, but pre-orders for the PS5 version are yet to open up. The game will be available in three editions, two of which will include DLC:

All pre-orders will also the following bonuses: