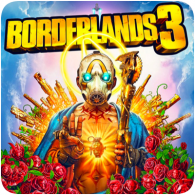 Borderlands 3 will be getting next-gen treatment, Gearbox has confirmed. The game will be updated to run in 4K at 60fps and will be releasing on PS5 and Xbox Series X / S. Gearbox has also revealed that existing owners will get free upgrades.