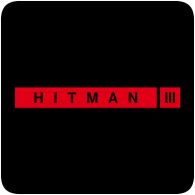 The release date for Hitman 3 has been confirmed by IO Interactive, along with details on next-gen upgrades. The game will be available in two versions, both of which are now available to pre-order.

The game will be releasing on PS4, PS5, Xbox One, Xbox Series X, Stadia and PC on 20th January 2021, available as Standard Edition, which contains the game game, or Deluxe Edition.

The Deluxe Edition will include:

IO Interactive has confirmed also confirmed that those thay purchase or pre-order either editions will be able to upgrade to the next-gen edition for free. For the moment, the free upgrade only appears to apply to the digital version of the game.

Yes, we’re doing a next-gen upgrade for consoles and yes, it’s free. Console players can buy (including pre-order) a digital edition of HITMAN 3 on the current generation of platforms and receive a free upgrade to the next-gen version of the game for no additional cost.

To break that down a bit more, here’s how it’ll work: On PlayStation, when you buy a digital PS4 version of HITMAN 3 from the PlayStation Store, you can download the PS5 version at no extra cost when it launches. On Xbox, HITMAN 3 leverages Smart Delivery allowing access to both the Xbox One title and Xbox Series X title when available.