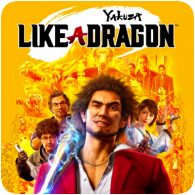 SEGA has confirmed the release date for Yakuza: Like A Dragon, which will be coming to the PS4, Xbox One and PC this November. The game will also be coming to next-gen consoles at a later date.

A brand new trailer for the game has also been released, titled “How Will You Rise?”, and can be viewed below. The trailer focuses on the new main protagonist Ichiban Kasuga as he takes on a number of jobs.

Yakuza: Like a Dragon follows on from the events of Yakuza 6, and follows the story of Kasuga Ichiban, who takes the fall for a crime he did not commit in order to protect the honor of his clan.

Ichiban is released from prison in 2019, and the world has changed and he’s determined to find out the truth behind what happened while he was behind bars.