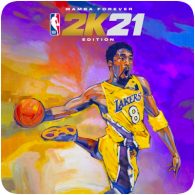 2K Games have announced that a playable demo of the upcoming NBA 2K21 will be available to download on 24th August 2020 on the PS4, Xbox One and Nintendo Switch.

The demo will be available just ahead of the game’s release on 4th September 2020. The game will also be heading to next-gen consoles, releasing on the PS5 and Xbox Series X when the consoles launch.

The new game will feature a number of gameplay improvements, including:

Those that purchase the PS4 version of the game won’t be able to upgrade to the PS5 version unless the Mamba Forever Edition of the game is purchased. Unlike other games, only this edition will entitle the gamer to a free next-gen upgrade.