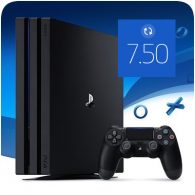 PS4 Firmware 7.50 is now available to download, after previously being in beta testing back in February 2020. However, as per the beta, the update does not include any new features or functionality.

The update is mandatory if you want to access the PlayStation Network, and weights in at 450 MB.

As the PlayStation Network has been throttled to preserve internet bandwidth, the download of the update may take a little longer than usual, but if you’re lucky it should be waiting to install when you next boot up your console.