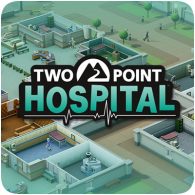 The console version Two Point Hospital is the latest game to be delayed this week. Two Point Studios has announced that the game has been pushed back to the first half of 2020 to ensure the game is as polished as possible.

Two Point Hospital was expected to be released in late 2019, on the PS4, Xbox One and Nintendo Switch. A statement from the company explains more about the delay:

So why the delay? Put simply: making a management simulation game on three consoles (and making it the best it possibly can be on all three), is a tricky programming puzzle. […]

We know you’ll be a bit disappointed by this news, but hopefully you understand why we’re doing it: quality is the most important thing and we want you to have the very best experience.

Two Point Hospital joins The Last of Us Part II, Watch_Dogs Legion and other games in a recent string of delayed games.