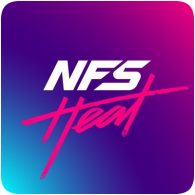 EA has revealed Need for Speed: Heat, which is set to release in November of this year. Set in the new, open world of Palm City, Need For Speed: Heat is said to be “the ultimate street racer versus cop fantasy.”

During the day, racers will compete in sanctioned competitive events, earning money to upgrade and customise their rides. However, at night things get harder with a rogue police task force will be aiming to take down those participating in underground races.

The game will be available in two editions, each with its own pre-order bonuses:

Need For Speed: Heat launches on November 8th for PlayStation 4, Xbox One and PC. EA/Origin Access players can play for up to 10 hours from November 5th.