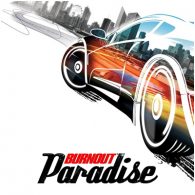 The servers for the original Burnout Paradise will be shutting down this August, after being online for over 11.5 years. The shutdown will affect only the PS3, Xbox 360 and PC versions of the game, which released back in 2008.

The game’s offline mode will be unaffected, and the servers for Burnout Paradise Remastered on PS4 will also remain online for the foreseeable future.

The announcement was made on Twitter by developers Criterion Games: