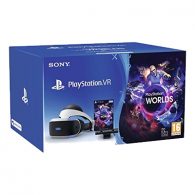 In the UK, that’s a price drop of £90, which is a decent saving if you don’t already own a headset. As always, you should check with local retailers in case the price is slightly different.

Sony recently announced more than 30 new games coming to the PlayStation VR in the next few months, so this price drop is certainly going to help shift more units.