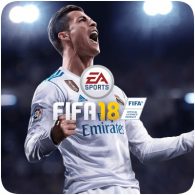 There are only two more deals to go before Christmas. Lets hope Sony has something exciting in store for the last two deals. So far, the deals haven’t been that great, and nearly all of the previous deals were discounted during Black Friday.