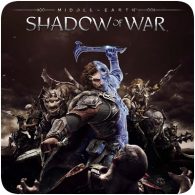 Deal 6 of Sony’s 12 Deals of Christmas is now live on the PlayStation Store, saving you up to 45% off Lord of the Rings title Middle Earth: Shadow of War. The game has been dropped to £29.99. The Gold Edition of the game is on offer too, saving you 35% off the RRP, and includes the season pass.

The same was previously on offer during the Black Friday sales, but it would have cost you a few quid more. The Gold Edition of the game is a pretty good deal, considering the season pass along is £32.99.