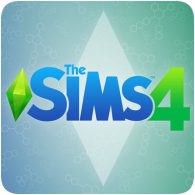 The Sims 4 has finally arrived on consoles – it’s been available on PC for a few years. Having played the previous PS2 and PS3 titles, I was eager to get my hands on the latest version – and the first Sims title on the PS4. This one-player game lets you control “sims” in a virtual world, where you can build your own home, seduce neighbours and generally play with life.

The gameplay is pretty much the same as any other Sims game out there. You point and click on people or objects and select the action you want to carry out. In Live Mode, you can interact with objects, talk to neighbours (and form relationships), get a job and more; and all while making sure your Sim is happy, fully fed, clean and entertained. This is the core mode in the game, and you can pause the game or fast-forward through the boring bits (like your job or sleeping), or play as the normal speed.

You can play with your Sim from birth to death (and they may even stick around as a ghost). Depending on how you want to play, you can increase or decrease the speed in which your Sims age. There are various stages in your Sims’ life including baby, toddler, teen, young adult, adult and elder. When it comes to careers, there are plenty of paths to choose from – from astronaut to secret agent and even a criminal.

Bella Goth and the baby

The Build Mode is where you can create your own home and buy objects and furniture for your home. There is a new room-based build mode that groups all the comment objects for a specific room (e.g. Kitchen has all the usual cooking-related appliances). This makes it easy to build out your rooms one-by-one.

New to the game is emotions, which affect your Sim’s mood and motivation. For example, if you’re “focused”, you can learn new skills quicker, while being “flirty” lets to pull off those pick-up lines with that girl next door. There are a range of emotions your Sim can go through, and there’s even a trophy to unlock if you can go through all the basic emotions in 24 “Sim” hours.

Unfortunately, the game is single-player only – it would have been good if it supported couch co-op like the PS2 title years ago. The game is also offline only – there is no multiplayer or online component, which means you can’t interact with your friend’s Sims or play with your PSN friends. The lack of the latter really limits the potential of the game.

The game does suffer from frame rate issues, even when there is one Sim in your household. This is especially noticable when fast-forwarding the speed of the game, or when NPC Sims are in the vicinity. The slow down in the animations makes the game difficult to control at times, meaning you may mis-select the option or objected you intended to select.

Notifications make it easy to keep track of events and important information.

The biggest disappointment about the game are the controls. While it’s easy to point and click on objects and Sims (using the left-analogue stick to move the cursor and X to select), getting the cursor up if fiddly. If you are on a particular menu item, you can press the touch-pad to bring up the cursor, but as soon as you select a menu item, the cursor disappears and you’re back to only being able to select the menu items.

Even selecting basic things like a meal to eat (from the fridge) is tricky: you can select a meal quite easily, but selecting a single portion or group portion requires fiddling with the direction until one of the sub-options are selected – simply moving down (for some reason) skips to the next meal, rather than the portion list. The below video demonstrates this issue:

Another instance where the controls fail is when you want to see your Sim’s Needs or Aspirations (or one of the other “bubbles” along the bottom-right of the screen). You can select any one of the bubbles using the cursor, but as soon as you select a bubble using X, the cursor disappears and you need to use the analogue stick to navigate between the items. If the cursor was still usable, selection would be much easier.

Like previous games, the Sims speak “Simlish”, which is mostly gibberish, although some do sound like words. Sound affects are used to in various places, including emphasising important events like promotions or births. And you’ll find the usual sound effects like your mobile ringing, the TV or stereo, and the fire alarm going off – nothing special there. You’ve also got background music playing throughout the game – it’s all pretty standard so I won’t bore you with the details.

There is plenty of Day One DLC available for the game in the form of expansion packs. At time of writing, the following bundles were available:

All three of the above packs can be purchased for a combined price of £39.99 if you purchase The Sims 4 Bundle, instead of the individual items, saving yourself just under £17.

There is plenty of content in the base game itself, so all of these add-ons are completely optional. The biggest and most feature-full expansion is the City Living pack, which adds a new World to the game, along with new elements like Apartments, festivals and more. However, it is a pricy expansion considering the game itself costs only a tenner more (depending on where you purchase the game from).

The game doesn’t have any micro-transactions, so you must earn the in-game money (Simoleons §) by getting a job. Going to work on time and meeting the skill requirements for your job will help you get promotions, which will give you bonuses and increase your earnings.

There is plenty of fun to be had in The Sims. You can spend hours designing and building the perfect home (providing you have the time and in-game money available), and raising your sims from birth to death. There are also 51 trophies to unlock in the game, including a Platinum one. Some of the trophies can take tens of hours to unlock, like playing for 26 generations or giving birth to triplets.

The game supports Remote Play using the PS Vita or PS Vita TV. Despite the smaller screen on the PS Vita, the game is still playable. The front touch screen can be used for the touch pad and the L2, L3, R2 and R3 buttons, while the rare touch pad is not used at all in the game.

It’s a shame the game doesn’t include a multiplayer or online mode, but even without this there is plenty of things to do in the game. Improved controls would make the game easier to play, and they can really be frustrating at times. Lets hope Maxis improve the controls over time and make it more intuitive. The frame rate needs to be improved, which often causes the game to skip or freeze momentarily.

Here is an example of another bug we found in the game: the Skills meter doesn’t increase as you learn skills, which makes it difficult to know how far away you are from levelling up. In the case of the video below, the Skills meter still shows even when you’re not learning a skill. Another issue for Maxis to address.

The game has crashed a couple of times too, which Maxis need to address. Luckily, it hasn’t been too frequently, and the game does auto-save periodically, so you won’t lose much progress if it does crash on you. There was a small day-one patch to the game, but these issues still exist for the moment.