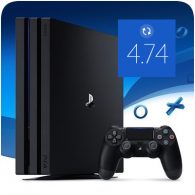 Sony has released PS4 Firmware v4.74, which is a minor update to improve system performance. The software update is currently optional, but may be required when starting certain newer games. The new update means Sony is also preparing to release Firmware v5.00 Beta 6 to to patch the same issue.