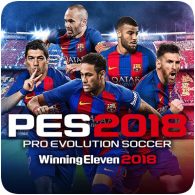 Konami has announced that PES 18 will getting an online beta, starting tomorrow, 20th July 2018. The beta will allow players to try out the standard 1 vs 1 mode, as well as the new 3 vs 3 co-op mode. The beta will be able on PS4 and Xbox One, but a PlayStation Plus membership will not be required.

Only one pitch will be available in the beta: the Neu Sonne stadium (Germany); and players will be able to choose between “fine” or “rain” weather options and choose to play during the day or night.

Players wanted to try the beta on Xbox One will require a Gold subscription.