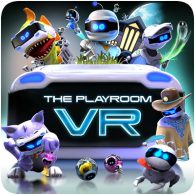 Japan Studio have updated free-to-play The Playroom VR on the PS4 with a brand new game. The new game, called “Toy Wars” is free to download for all PlayStation VR owners, and is available to download now. It’s a four-player co-op tower defense-style game set in an underground base under the bedroom of our hero.

Like many of the other games in Playroom VR it has asynchronous gameplay, in this case the non VR players have to protect the VR player from waves of incoming enemies. You must shoot and smash waves of enemies coming at you without the VR player getting hit a single time. 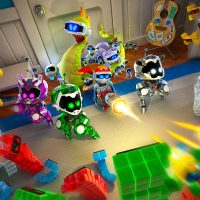 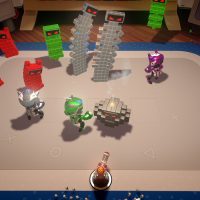 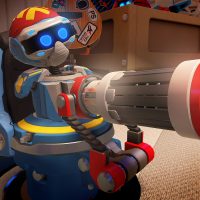 In Toy Wars, the main VR character is a classic action hero mounted on a swivel chair. The Dualshock 4 turns into a Gatling gun so you can shoot the soft plastic bullets like crazy. The TV heroes are big chunky mechs, piloted by our classic VR Bots. Using the DualShock 4 controller, you can punch enemies to prevent them from reaching the VR player. Each TV hero has a unique devastating charge attack so you can find a playstyle that suits you best.