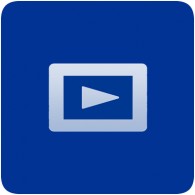 Alongside the launch of the PlayStation VR headset, the PS4’s Media Player application has been updated to v2.50, adding support for 360° videos and photos using PlayStation VR, as well as other new features. PlayStation VR owners can activate ‘VR mode’ from Media Player’s Options menu and then select a 360° video or photo from your media server or USB device to enjoy.

The new update also includes support for High-Res FLAC audio files, and will also upscale your non-FLAC music to near high-resolution audio quality.

The latter is thanks to Sony’s DSEE HX™ technology. What this means is any MP3s or AACs – files whose space-saving compression strips out some of a song’s subtleties – played through your PlayStation 4 will be automatically upscaled. It means your compressed music will now sound much richer as a result.