Following No Man’s Sky going Gold last week, Hello Games founder Sean Murray revealed that the game is just 6 GB in size, consisting mostly of audio. The size of the game was revealed in a follow-up tweet to the original Gold announcement. 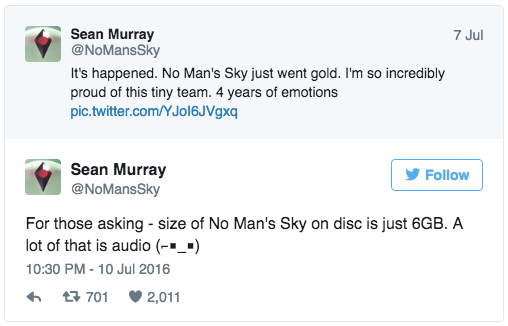 Amount the other tweets, Murray also reveals that the game has passed certification in Europe, US and Asia so the game is on schedule to release next month. The development team has already started working on the game’s first update.