Following a recent delay, Hello Games has confirmed that No Man’s Sky has finally gone Gold. This means that the game’s development is now complete and physical discs can now be manufactured. The announcement was made via twitter by founder Sean Murray on the @NoMansSky account.

No Man’s Sky is one of the most ambitious games to be developed, due to the game’s sheer size. No one will ever be 100% able to complete the game as it would take five billion years just to spend a second on each planet. 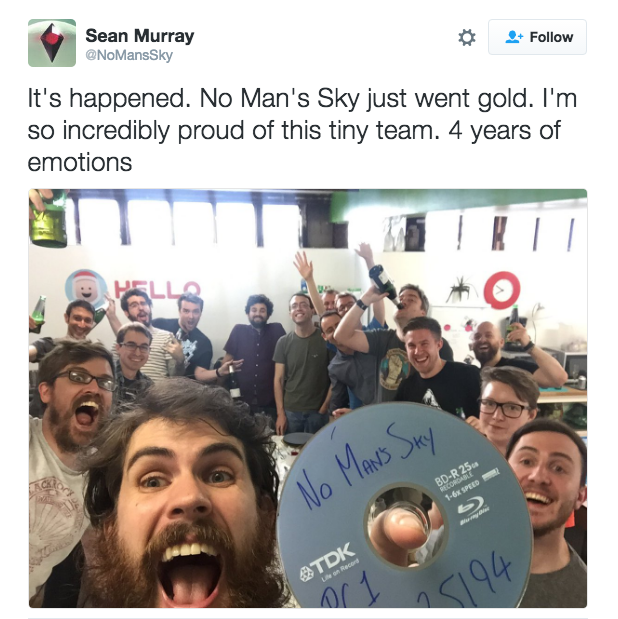