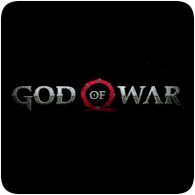 The game is all about how an immortal demigod makes a decision to change. Cory Barlog from
Sony Santa Monica has the following to say:

For Kratos, this change means breaking the cycle of violence, distrust and deception that his family, the Greek pantheon, perpetuated for so long. That cycle drove a whole host of bad decisions – the ill-fated deal with Ares, the murder of his family and a rage fueled descent into madness and vengeance that ultimately ended with the epic destruction of Olympus.

It also means learning how to control his rage, the intensely turbulent monster that lives within him, steering him down ever-darker paths. Kratos needed to figure out how to put the monster back in the box, how to control when he does and does not let that monster out.

The reveal trailer sees Kratos follow his kid on a hunt to find food. Naturally, it’s all about Kratos teaching the kid how to hunt and kill, but soon becomes a epic battle with huge enemies, and fast gory combat. It takes Krato’s child several attempts to take down a deer, and shows off the impressive graphics of the game.