Sony are getting ready to reveal more details about PlayStation VR at an upcoming event, scheduled to be held in San Francisco on 15th March 2016. The event will kick-off at 2pm PST, and will include a presentation followed by hands-on demos until 6pm PST. We’re hoping that the event will include details about the official release date and pricing.

Pricing rumours suggest the PlayStation VR headset will retail for around £350 (more than what a PS4 currently costs), but is expected to be cheaper than the Oculus Rift ($599 / £410), and definitely cheaper than the recently announced HTC Vive, which was priced at $799 / £555. 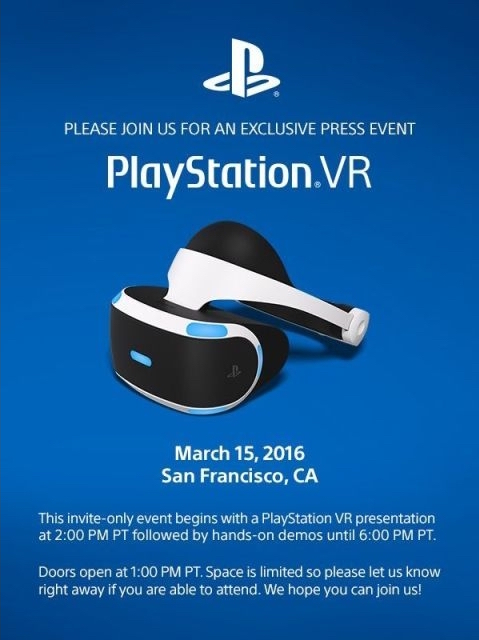