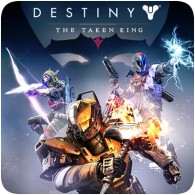 Activision and Bungie have announced that Destiny: The Taken King has become the most downloaded video game on day-one in PlayStation history. Unfortunately, no hard numbers were released so it’s difficult to say just how many digital copies were sold. The original Destiny game also broke numerous records last year, but again, no numbers were ever released.

The release of the expansion also set new benchmarks for both total players in the game, and peak online concurrent players on launch day.

“Destiny: The Taken King is officially the most downloaded game on day-one in PlayStation history and set a new benchmark for both total Destiny players and peak online concurrency on day-one, so it’s safe to say the Destiny franchise continues to gain momentum,” said Eric Hirshberg, CEO of Activision Publishing.