Telltale Games has announced that it’s new series, Minecraft: Story Mode, will be coming to the PS4 and PS3 next month. The first episode, titled The Order of the Stone, will be available from the PlayStation Store on October 13th 2015, with the subsequent episodes to follow. A retail version of the game and season pass will also be available with Episode 1 on disc, and future episodes available via online updates.

As with previous series based games form Telltale, each episode can be purchased individually, or you can save overall and purchase a season pass to get all 5 episodes at a discounted price. The release date for subsequent episodes is not yet know, but you can expect to wait a few months between each release.

In Minecraft: Story Mode, playing as either a male or female hero named ‘Jesse,’ you’ll embark on a perilous adventure across the Overworld, through the Nether, to the End, and beyond. You and your friends revere the legendary Order of the Stone: Warrior, Redstone Engineer, Griefer, and Architect; slayers of the Ender Dragon.

While at EnderCon in hopes of meeting Gabriel the Warrior, Jesse’s friends discover that something is wrong… something dreadful. Terror is unleashed, and you must set out on a quest to find The Order of the Stone if you are to save your world from oblivion.

Seeing as Minecraft is all about creativity, this is the first Telltale game where the player will be able to customise the appearance of the player character. Not only do you get to play as either a male or female version of Jesse, you’ll also be able to select from three different looks for each.

Look out for more details about the series over the next few months. The digital version will be available to download from October 13th 2015, while the retail version of the game will be available from Tuesday, October 27th 2015. 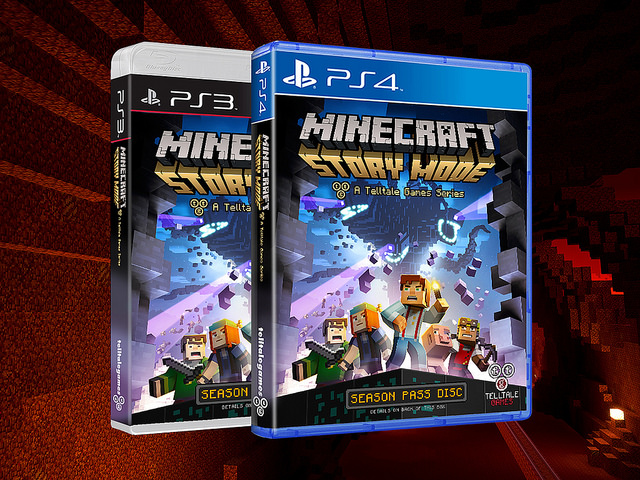