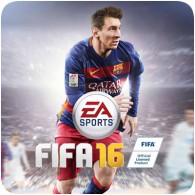 EA will be releasing a playable demo of FIFA 16 on September 8th 2015, giving gamers a go at the game before the full game releases on September 22. The demo will allow players to play as one of 12 teams, two of which are Women’s National Teams, in three Stadiums, with four game modes available.

The teams that will be available include:

The playable Stadiums include:

The playable demo will be available on the PS3, PS4 and other platforms. Although the PS4 version of the demo will include extra features.