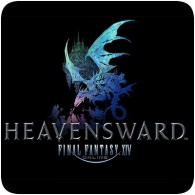 Flying mounts will include flying chocobos and single-rider airships, allowing you to explore Eorzea in a new way. Flying mounts will get you around approximately three times faster than ground-based mounts, but Producer and Director Naoki Yoshida and his team are making sure to include surprising elements and discoveries within each zone to keep players exploring.

Yoshida estimates that there will be around 1.5 times as much area to explore in Heavensward’s new zones — while there may be fewer zones, there will end up being just as much traversable area in Heavensward at launch as in A Realm Reborn.

The new expansion will be available June 23rd 2015.