Sony and Naughty Dog revealed the first gameplay video for Uncharted 4: A Thief’s End over the weekend at PlayStation Experience. In the video, you’ll notice that Nathan Drake looks vastly different to his PS3 days in the previous four Uncharted games. In fact, a side-by-side comparison (below) shows you just how different he looks in the PS4 title. 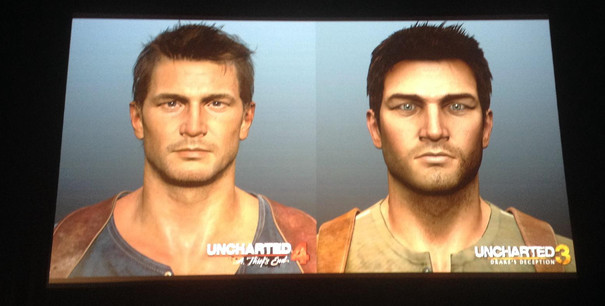 There are a few differences you’ll notice right away between the two images: the different facial shape (could be due to zoom level), change in eye colour and less facial hair. The PS4 version of Nathan Drake has more detail, but his face is smaller than the PS3 version, and oddly his eye colour has changed. He’s also had a bit of a shave and his hair looks to be thinning.

Which version do you prefer?