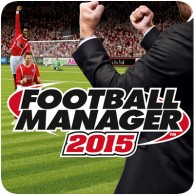 Anyone with more than a passing interest in football will have been following the FA Cup third-round draw on Monday evening and will doubtless have enjoyed the show put on by Blyth Spartans against Hartlepool United last Friday night in the second round.

It was a dream match for Spartans’ manager Tom Wade. The underdogs were available with the bookmakers, including the likes of Bet365, at FA Cup odds of around 28/1 before the match, but they ended up giving a stunning performance against League Two Hartlepool United. Spartans’ Jarrett Rivers ended the match with his 90th-minute goal bringing the final score to 2-1.

It may have been a dream for Wade and his team, but for Hartlepool manager Paul Murray it was a nightmare. The match was the final nail in the coffin for Murray following a dismal run for Hartlepool. Murray was sacked on the Saturday following the loss to Blyth.

Being a manager in any football team has never been a job for life, but it seems that the role is more precarious than ever these days. If you spend your time talking about how you could do a better job, why not try your hand at Football Manager 15, the latest in the Football Manager series which was released in November?

The Sports Interactive game is an update on the previous version rather than a complete overhaul; they’ve got a winning formula and know they shouldn’t mess with it too much.

In Football Manager 15, the most noticeable development is the increased focus on the breadth of management styles. This is perhaps a reflection of how much more media coverage and debate the super coaches of today’s real footballing world cause. Take Jose Mourinho and Louis van Gaal as two examples; they’re in the news more than their players!

So while Football Manager 2015 still allows you to control almost every aspect of the club you choose to manage, the way you take to the job as manager varies increasingly.

For example, when you begin the game, you can choose your character and management style. You might choose to be a training-ground maestro who has gone through all the coaching badges to get where you are today, or a former international player whose confidence on the pitch over the years carries him through. The ex-player might get more respect from his players for half-time talks, while a qualified coach could turn out to be the better trainer.

The management style choices have a subtle but noticeable impact on the way the game plays out and although these are secondary to making sure you choose the right team and employ the best tactics, it certainly makes the distinction between ‘head coach’ and ‘manager’ clear. If you find creating a character for your manager a distraction, you can always choose the most neutral character settings and play in the normal way.

Football Manager 15 has retained its attention to detail, which makes it an all-consuming simulation game to play.

Following the drastic makeover on Football Manager 14, where abstract sliders and menus were switched for worded orders and there was a greater focus on conversation, to make too many changes this year would have been changing things just for the sake of it. Instead, Sports Interactive have decided to expand on last year’s edition, embellishing the personal interaction and streamlining the interface.

The only problem, though, is that as a player you invest so much energy into playing Football Manager, that if you’ve already got FM14, you may not be ready to let all that work go to waste and move onto FM15 just yet.