Sony and MediaMolecule have detailed the pre-order bonuses for LittleBigPlanet 3 in Europe, which are similar to those in North America. The game will be releasing on the PS4 and PS3 on 19th November, 2014, and you’ll be able to get your hands on a number of bonuses if you pre-order the game before release, which are available exclusively for the PS4.

You can get the Dragon Age: Inquisition Costume Pack and the ’4ThePlayers’ costume pack, which include a range of licensed costumes for the game’s entire cast of characters including OddSock, Swoop, Toggle and the iconic Sackboy. Costumes include a host of iconic PlayStation 4 characters including the menacing Helghast, smoke-shifting superhero Delsin Rowe and heroic Ellie from The Last of Us: Remastered. 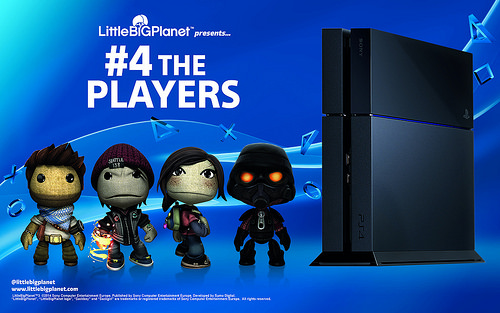 Other available pre-order bonuses include The ‘Mythical Creatures’ and ‘Hidden Animals’ costume packs, each featuring four completely original outfits, allowing players to transform Toggle into a yeti or turn Swoop into a fantastical firebird.

Look out for the PlayStation Lineage Costume Pack – a pre-order bonus that will give you access to Sackboy costumes from iconic PlayStation IPs including Journey, God of War, Heavy Rain and ICO!