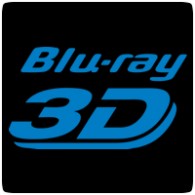 Sony has announced that an upcoming Firmware update will finally allow users to watch their 3D Blu-Ray films on the PS4. The feature should really have been part of the PS4 at launch, but will now be included with PS4 Firmware Update 1.75. The announcement from Sony follows a similar one from Microsoft, which revealed 3D Blu-ray support for the Xbox One next month.

We know plenty of readers who will be happy to see this feature finally added to the PS4. The announcement was made via twitter by PlayStation Europe.