Two separate German websites have revealed a PS4 version of Quantic Dream’s Beyond: Two Souls. The World Of Games and Alcom both list the game as releasing later this year, with the latter listing a September release date. Of course, neither Sony or Quantic Dream have confirmed the existence of the game, yet.

Quantic Dream could be following suit with Naughty Dog in releasing their PS3 game as a remastered PS4 version to cash-in on the next-gen console without the hefty cost of creating new IP. We’ll know soon enough if the rumours are true. 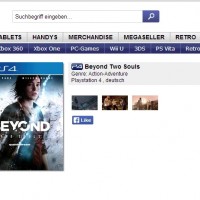 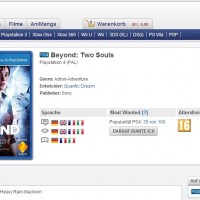