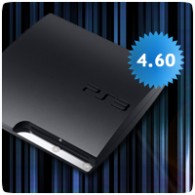 Along side today’s PS4 firmware update, Sony has released a new firmware update for the PS3. The new PS3 firmware updates the system software to version v4.60 and simply improves system stability during the use of some features. The update is 197 MB in size and is required to access the PlayStation Network.