Andrew House has just announced at the Sony E3 press conference that Destiny will be playable on the PS4 this Thursday. An alpha build of the game will be available for gamers to try out, with a proper beta scheduled for July 17th 2014.

The alpha build will be playable from Thursday and over the weekend. If you’re desperate to try out the game, this is your best chance to give it ago until July.

Sony has also announced that a white PS4 will be releasing on September 9th, complete with a copy of Destiny. 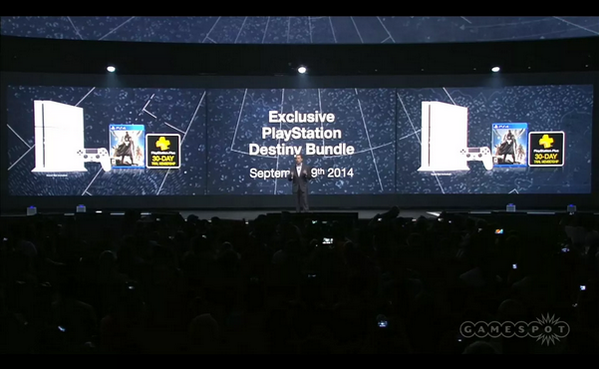