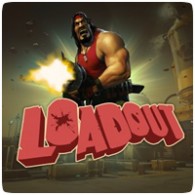 The PS4 is getting a new free-to-play shooter called Loadout, developed by Edge of Reality (The Sims 3, Mass Effect Trilogy). Loadout is a game that lets you concoct the weapon of your dreams and/or nightmares from hundreds of component parts, and share their payloads with your friends in fast-paced matches, with violently comedic results.

Loadout has literally billions of different weapon combinations, and you can wield every last one of them once we launch on PS4. Best of all, the game is free to play. The game launched on the PC earlier this year, and currentl has around 3 million players. A launch date for the PS4 version hasn’t been revealed yet, but you can check out the trailer to the game below: