Sony’s E3 surprise is out of the bag thanks to a local GAME store in Barnsley. According to a tweet from the store, the remastered PS3 game will be releasing on the PS4 in just ten days time, on June 13th – something Sony were likely to reveal at their E3 press conference.

A firm release date was never revealed by Sony or Naughty Dog, but Sony has reached out to IGN to comment on the issue after the supposed leak:

Sony could just be trying to discredit the story so that it doesn’t spoil the E3 announcement, but we’ll have to wait until June 9th to find out what Sony has planned. 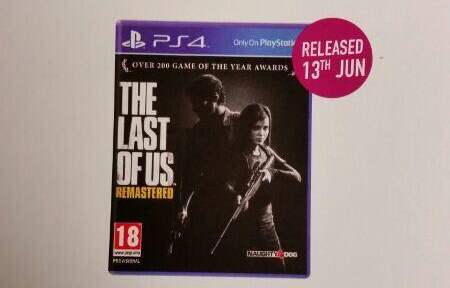 PS4, Release Date, Rumors, The Last of Us